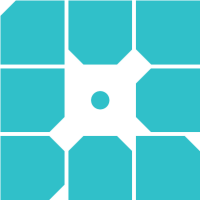 This is the "wpengine" admin user that our staff uses to gain access to your admin area to provide support and troubleshooting. It can only be accessed by a button in our secure log that auto generates a password and dumps that password after the staff member has logged in. We have taken extreme measures to ensure that our own user is not going to be misused to harm any of our clients sites.

“95% of our sales are to contractors so we had not tried Radio but when we moved our location, we needed a way to quickly get the word out and choose WPLR END_OF_DOCUMENT_TOKEN_TO_BE_REPLACED

Kristin Okesson is Market Manager of the year

We are proud to share that Kristin Okesson, General Manager for Connoisseur Media’s Southern Connecticut stations, is the recipient of the 2014 Radio Wayne Award for Market Manager of the Year. Radio Ink Publisher Eric Rhoads presented the awards to Radio’s best and brightest in sales and management at the NAB Radio Show in Indianapolis. Named in honor of the late “Radio Wayne” Cornils, these awards honor the Radio superstars whose hard work, dedication, and creativity separate them from the pack. Congratulations, Kristin!

In Connecticut, Star 99.9 held a tribute concert for Maren Sanchez with A Great Big World at Jonathon Law High School in Milford. Maren Sanchez was a young girl killed at a local high school by a fellow student. The gratitude from the Sanchez family and Jonathon Law students was overwhelming after such a moving and special concert.

“Best of” The Gold Coast

In Connecticut, congratulations to 95.9 the Fox, the Fairfield County Advocate’s winner for “Best Radio Station”, and to Chaz & AJ, winners of “Best Radio Personalities” and “Best Radio Show.” The wins were part of the annual Best of the Gold Coast edition.

Bragging rights also belong to 99.1 WPLR for their big wins in the New Haven Advocate’s version of the edition. They won for “Best Radio Station”; Chaz & AJ again won — for “Best Personality” and “Best Radio Show”; and Drew Carrano was no slouch himself, as he helped the station win for “Best Instagram” and “Best Twitter”!

STAMFORD, CT May 14, 2014 Qantum Communications Corporation announced today that it has agreed to swap substantially all the assets of its 29 radio stations to Clear Channel Media and Entertainment in exchange for substantially all the assets of Aloha Trust (of which it is the beneficiary) radio stations WALK-AM/FM serving Long Island, NY. Qantum has also agreed, in a simultaneous closing, to sell the assets of WALK-AM/FM to Connoisseur Media. Both transactions are subject to Federal Communications Commission approval and other customary closing conditions.

Qantum President Frank Osborn said, “We are very proud of all that our clusters have achieved. Each cluster is the leader in its respective market and reflects the talent, dedication and hard work of local management and staff. We will miss working with them, but felt this unique transaction was in the interests of our stockholders. It is rare when you find an instance where cooperation among three companies results in higher value for all.”

“We are honored to add WALK to our rapidly growing group of terrific properties” says Jeffrey D. Warshaw CEO of Connoisseur Media. “We look forward to continuing WALK’s heritage of commitment to Long Island.”

Media Venture Partners acted as broker on the transaction.

Qantum Communications was formed by Mr. Osborn along with partners Michael Mangan and Frank Washington to acquire and operate radio stations in medium and smaller sized markets throughout the United States.

K-98.3 on Long Island, in partnership with Nassau County, held their annual Easter Egg Hunt at a new venue this year, Eisenhower Park. Promotional support including on-air mentions, digital assets and a direct mail campaign to all Nassau County residents led to over 8,000 attendees searching for 20,000 eggs!

Westport, CT ‚ September 9, 2013 Connoisseur Media, one of America’s fastest growing media companies, has recruited Mike Dufort to join the company as a member of the senior management team. He will be working alongside EVP/CFO Mike Driscoll and COO David Bevins. Dufort had previously been with Pamal Broadcasting for 12 years.

“We are so pleased that Mike has joined the Connoisseur family. He will have plenty to do as we integrate all of our acquisitions and continue our efforts to be the best Radio company in America.” said Connoisseur CEO, Jeff Warshaw.

Dufort added, “I am proud to join such a terrific company. Connoisseur is known for dedication to its communities, clients and colleagues and I share the same values.”

Radio Ink: How to successfully execute a format flip

Changing formats can be an agonizing decision for a GM. How many listeners will we alienate? How bad will they beat us up on social media? Do we have the marketing budget for a new launch? What will the advertisers think of our stability? Do we have to fire anyone? When companies own multiple stations in one market, it’s rare all of them are top performers. Connoisseur was running into this challenge at its Long Island cluster at 94.3 on the dial.

That all changed when CEO Jeff Warshaw decided he wanted to enter the Rock battle, a format WBAB-FM has dominated for three decades. As a result, “The Shark” was born. Nearly one year after its launch, the brass at Connoisseur are all smiles about  “The Shark.” Early ratings have been very strong. Marketing of the product has created a nice buzz on the island. And, most importantly, revenue is up, according to Market Manager Dave Widmer. The station mixes classic rock music with newer rock music, which according to the research Connoisseur paid for, works with the younger demo.

Coleman Insights President and CEO Warren Kurtzman who helped Connoisseur with the launch said, “”Jeff Warshaw, Mike Driscoll, David Bevins and their team at Connoisseur continually demonstrate that doing Radio right generates ratings and revenue, with the launch of the Shark simply serving as the latest example of that.” We are proud to contribute to their success.””

Widmer says the numbers are so tremendous, so good, it almost borders on unbelievable. But, he adds, we’ve done our homework. “”It’s not a fluke. This is a radio station has some legs to it. Listening occasions are high, 6-8 a day. That’s a good sign. It’s more than buzz. As a GM, I want to know what I’m working with here. We’re out on the streets selling this. So we tell the story of how we got here by telling advertisers here’s what the problem was, here’s our research and here’s what we’ve executed. Connoisseur is not afraid to spend money on research and marketing.””

In addition to the research, Connoisseur has made a significant investment in marketing and promotion, according to Widmer. The station vehicle certainly gets noticed, Television campaigns have been running and artist concert fly-aways are part of the on the air. Amazingly, The Shark has accomplished all of this early success without a live morning show, giving some credence to the notion that consumers want more music and less talk. It also puts Widmer in an interesting position. How long does he go without a live morning team?

Listen to our Podcast with Connoisseur Long island Market Manager Dave Widmer on how to execute a successful format flip¬HERE.

You can listen to The Shark¬HERE

The station break is clearly over for Jeffrey Warshaw and the other executives of Westport-based Connoisseur Media, which has surged onto the scene with $100 million in Radio acquisitions in the last nine months. Warshaw, 48, has a long history in Radio, having built his first station at age 19 and following that up with Connoisseur Communications in 1993. That company eventually grew to 39 stations and was sold to Cumulus Broadcasting in 2000 for $258 million. Today, Warshaw, joined by his former Connoisseur Communications partners Michael Driscoll, Chief Financial Officer, and David Bevins, Chief Operating Officer, is again growing a Radio empire, this time under the Connoisseur Media brand.

“We’ve seen great opportunity,” Warshaw, said. “It’s a special time. There are tons of stations for sale. These (the Connecticut ones) are great stations with great heritage in the market and great facilities.” Last week, Connoisseur announced a deal to buy WPLR, Star 99.9 and WFOX, the Fox, from Cox Media. All three stations have offices on Wheelers Farms Road in Milford. They operate throughout the state and region, sharing some programming, like Chaz and AJ, the morning team on WPLR, a rock station; and The Fox, a hot adult contemporary station. Star 99.9, which covers Fairfield County, has the Tad Show for the morning drive to compliment its classic rock format. All the stations have their own websites.

Warshaw and Driscoll had been working primarily on the investment side of media during the five years between Radio gigs. An 18-year resident of Westport, Warshaw said it’s nice to own stations in his own backyard. As far as any changes at the stations, he said, the only thing he plans to change is the name above the logo, adding he’s pleased with the formats and the community involvement. “Good Radio is good Radio,” he said.

The Connecticut radio station purchases came at a good price, he said, but when he and Driscoll fired up Connoisseur Media in 2005, it wasn’t a buyer’s market. They plunged ahead by building radio stations from scratch, and created six in Montana. Then, as the economy changed, prices came down and the company has been able to expand. Along with its Montana properties, it has stations in Pennsylvania, New York, Nebraska, South Dakota, New Jersey and Kansas. If the Connecticut deal, valued at $40 million, is approved by the Federal Communication Commission, you’ll be able to drive from New Haven to Philadelphia and always have a Connoisseur station on.

There is unlikely to be any job loss from this acquisition. Cox was based in Atlanta, so corporate functions for the stations will just be shifting to Westport, while the stations’ other functions remain based in Milford. One thing that attracted Connoisseur is that these are popular stations with legacies in the community. And local advertisers have embraced the stations. Newtown Savings Bank advertises with them, so does Park City Ford in Bridgeport, while plastic surgeon Dr. Stanley Frost, who has an office in Greenwich, also buys time from the stations.
Dan Long, marketing director of Newtown Savings, said he doesn’t see the change in ownership affecting him as a listener or the bank as an advertiser. He hasn’t heard of any major changes to programming or advertising, and couldn’t see why they would make changes. “They’re great,” he said of the group of station sales people in Connecticut. “We’re very happy with the people and the service we get.”

One thing nice about the deal is it brings the corporate headquarters into the state and, Long said, “certainly, we do like to support the businesses in our community.” As for Warshaw, he sees his company’s role pretty clearly regarding these operations: “We are going to be guardians of these stations.”